ACT occupation list identifies the skills that are currently in demand in Australian Capital Territory., and according to that, the territory offers nomination under two skilled migration streams: Skilled Nominated (Permanent) Subclass 190 and Skilled Regional(Provisional) Subclass 491.

Occupations that are always in ACT occupation OPEN list 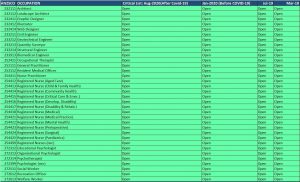 Occupations that are frequently in and out from the list

Occupations that are never in OPEN list before COVID-19 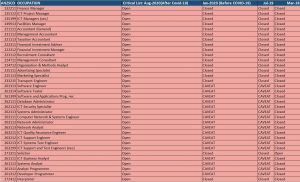 Note: It is expected that the legislation will publish a new occupation list before Christmas !!!

For the skill occupation list update, you can simply check into : http://www.canberrayourfuture.com.au/

Or simply follow our Facebook page: https://www.facebook.com/NewStarsACT  because we publish the most updated information related to Education and Migration in ACT.