Highlight
Under federal government’s migration scheme for highly-skilled technologists, which is Global Talent Visa, almost 10,000 people secured permanent visas in the second year. Almost all of migrants are onshore applicants. 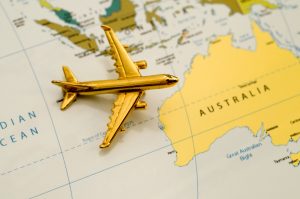 Migration figures released by the Department of Home Affairs on Tuesday reveal 9584 visas were granted under the ‘Global Talent (Independent)’ program in 2020-21.But only around 20 percent of the places (2204) went to offshore applicants, with the remaining 7375 visa snapped up by people already in Australia. The program aims to attract the best and brightest tech talent from around the world with fast-tracked permanent residency to maintain Australia’s global competitiveness.

When it was launched in November 2019, the government planned to lure 5000 people capable of earning more than $153,600 each year in seven “future-focused” sectors.However, the cap was boosted to 15,000 for the 2020-21 migration program after 4109 visas were issued in the first seven months of the scheme.
The government also expanded the program from seven to 10 “future-focused” sectors to target areas like education, tourism and the ‘circular economy’ in the wake of the pandemic.

Documents released on Tuesday show that more than half of the visas were in digitech (34 percent) and health industries (23 percent).Energy, financial services and fintech, and resources represented 17 percent, 12 percent and 6 percent, respectively. Agri-food and agtech, infrastructure and tourism, education and the circular economy – the newer sectors added in late 2020 – accounted for less than two percent of places.’

The majority of places are in the southern states of NSW (3845) and Victoria (2418), as well as Queensland (1465) and Western Australia (852).Only around 0.6 percent of applications were refused, similar to the 0.5 percent refusal rate in 2019-20, reflecting the program’s two-step application process.

“This is a result of a pre-assessment of requirements at the EOI [expressions of interest] stage, and the increasing number of EOI candidates who are not being invited to apply for the Global Talent visa,” the report said. “The non-invite rate for EOIs submitted increased from 41.6 percent in 2019-20 to 57.2 percent in 2020-21.”

The visa program now represents around 12 percent of all places offered in the Skill Stream, which focused on visas that would help the economy rebound from Covid-19 in 2020-21. More than 70 percent of all applicants finalised in the Skill Stream in 2020-21 were onshore, which immigration minister Alex Hawke said reflected global Covid-19 restrictions. “Delivering a full program of 160,052 places [in the 2020-21 migration program] meant drawing on the pool of onshore applicants due to global Covid-19 restrictions,” he said.

“This has been very successful given the difficult circumstances this year.”

Hawke added that the government would “continue to give priority to skilled visas that drive economic growth, job creation and investment in Australia”.