The New South Wales Government has confirmed that the first batch of international students from India will touch down in Sydney on 24 December. This will be the second chartered plane to arrive in the state, bringing back students who have been stranded overseas due to COVID-prompted border restrictions. International students now have a pathway to return to campuses in NSW through the state’s pilot plan, which will bring back a limited number of students, followed by an evaluation before scaling to larger intakes. In line with the quarantine requirements for returning Australians, fully vaccinated students will no longer need to undertake quarantine upon their arrival. 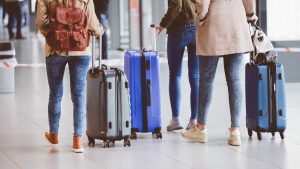 “It is not possible to confirm the exact numbers of students on individual flights as COVID-19, tests, carried out pre-departure, may impact that number and the returning university locations,” the spokesperson said.

The state’s pilot plan will include universities and independent higher education providers, who will determine which students will return, prioritising existing students.  “Students will return to their studies via flights to NSW every two weeks from December 2021 until further notice through the Pilot Plan’s phased approach,” the spokesperson further stated.

The announcement comes at a time when foreign student applications for Australian universities from source countries like India have dramatically plunged, a downward trend that reports indicate has worked in favour of global academic destinations like the UK, US and Canada.

Welcoming the announcement, International Education Association of Australia chief executive Phil Honeywood thanked Indian students, a majority of whom he said have been patiently waiting for their chance to return.

“Indian students of course after enjoying the wonderful Diwali festival will be coming to Australia just in time to celebrate our big festival, Christmas, and we are delighted that before the end of the year we have got our first group of Indian students back into Australia.

“Obviously we are very sorry as a nation that’s it’s taken so long to commit students to return because as an island nation, we have been very cautious about the COVID pandemic, and we know just how incredibly patient our Indian students have been,” he said.

Announcing the change to travel restrictions for overseas students, NSW Premier Dominic Perrottet on 12 November said international education plays a vital role in connecting the state to the world.

He said almost 290,000 students were studying in NSW before the pandemic supporting more than 95,000 full-time jobs.

“This is a significant milestone in our roadmap to recovery, and I can’t wait to welcome back such an important part of our community.

“They don’t just make a significant contribution to our economy, but international students play a role in our culture and contribute to our community and lifestyle,” Mr Perrottet said 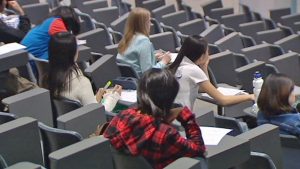 What about plans for the return of international students from other states?

Shivam Pahwa, who was studying at Brighton Institute of Technology in Melbourne before he left for Ludhiana in India’s north for medical treatment, said Victoria’s lack of communication on its return plan for students has further aggravated his woes.

“I have been spending in dollars towards my car rego, phone and rental so that I can resume my life upon returning where I left it nearly 18 months ago.

“There are hundreds like me who were studying in universities and education institutes in Melbourne, still waiting and still hoping. All we are asking for is a specific date so we can either make arrangements to return or move on with our lives,” the 21-year-old cookery student said.

Victoria has recently received approval from the Commonwealth Government for its pilot program for international students.

However, universities and education stakeholders fear that with no sign of implementation of the plan, only a few students will be able to start on campus by March, while there is little hope of any new students arriving in Melbourne in time for the fresh intake.

Mr Honeywood, who has been lobbying the state governments to create pathways for the return of their share of international students, said NSW’s pilot plan should encourage states like Victoria to move forward with their own plan that the federal government has green-lit.

“We do have four states – NSW, Queensland, South Australia and Victoria – who have taken the official pathway of national cabinet with official student return plans. Each of them is able under those federal government approved plans to bring students back when they choose to.

“We encourage states like Victoria to move forward with the approved plan and bring students back in a similar way that the NSW government has done,” he added.

Under the first stage of the plan, a limited number of places will be available each week. These places will be prioritised for university students who urgently need to return to Victoria to do practical work, such as health and medical students and postgraduate research students. The second stage of the plan will expand to include more students, including those enrolled with other education providers such as TAFEs, English-language colleges, private education providers, secondary schools, and other universities.