Sixty-five percent of temporary visa holders in Australia have experienced underpayment, while one in four say they have been exploited in the workplace, a survey has found. 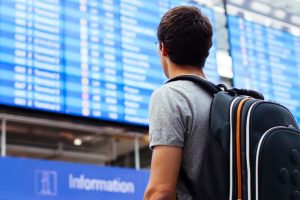 The Migrant Workers Centre’s Lives in Limbo report surveyed 700 migrants and found those on employer-sponsored visas suffered from very high levels of stress.

The release of the survey’s findings comes only days after the Australian government delayed its plan to allow foreign students and skilled workers back into the country due to fears about the Omicron COVID variant.

Australian business groups and farmers have been calling for more skilled overseas workers and working holidaymakers to help fill worker shortages, particularly in the regions. The Migrant Worker Centre study found 91 per cent of those who were underpaid, were on temporary visas with no pathway to residency.

The Melbourne-based centre said despite Australia relying on overseas workers from unskilled backpackers to highly trained doctors and IT workers, the visa system often left workers with a high level of uncertainty, stress and open to exploitation.

It also noted a central issue migrants faced was gaining permanent residency, which often took about five years but could blow out to more than a decade.

Indian migrant worker Paramjit has been in Australia for 13 years and doesn’t want her surname to be used for fear of recriminations against her in the visa application process.

She’s worked in Victoria and Tasmania as a hairdresser and is now an aged care worker in regional NSW.

Despite paying between $50,000 to $60,000 to the Immigration Department and her work record, she’s been unable to secure permanent residency.

She has been forced to move interstate twice to comply with visas requirements, which have frequently changed.

“I had a lot of bad experiences with employers and migration agents while applying for three student visas, two sponsorship visas, and three state visas,” she said.

Paramjit is still waiting for an outcome on her application for an 887 visa, a skilled visa for those who’ve worked in a regional area of need as part of a pathway to permanent residency.

She says she and her husband will persevere with trying to get permanent status in Australia because her son, who was born in 2012, will be eligible for citizenship next year. ” I am depressed with this visa system and policies,” she said.

Migrant Workers Centre chief executive Matt Kunkel says the government constantly changes visa rules creating a temporary class of workers, who are essential to the Australian economy but have limited protections or certainty.

“The government expects migrants – often highly educated and highly dedicated to creating a life in Australia – to give up the prime working years of their life to this country, all the while shifting the goalposts to keep permanent residency just out of reach,” Mr Kunkel said.

The centre wants an overhaul of the system, including more permanent visas instead of the range of temporary visas.

“We need an overhaul of the visa system so workers’ lives don’t rest solely in the hands of a single employer, and all long-term migrants have an opportunity for permanent residency,” Mr Kunkel said.

The centre’s study also found migrants on temporary visas also faced barriers in the job market, with 37 per cent saying they had been denied a job because they did not have permanent visas.

“Businesses are reluctant to offer migrant workers a professional job because the workers’ continued service is contingent on their visa extension,” the report said.

‘We are skilled slaves’

Data analyst Hannah* from Turkey has been in Australia for four years and struggled to find a job because of her temporary visa status.

She says despite spending more than $7,000 on an immigration lawyer, she doesn’t know if she will be able to stay in her current role as a statistician for a hospitality company. Her original application was rejected because the Immigration Department ruled a visa can only be granted to statisticians if they work in the banking or health sector. She’s been told it could take another three years to appeal her visa application.

“I was dealing with a high depression because of all these uncertainties,” she said.